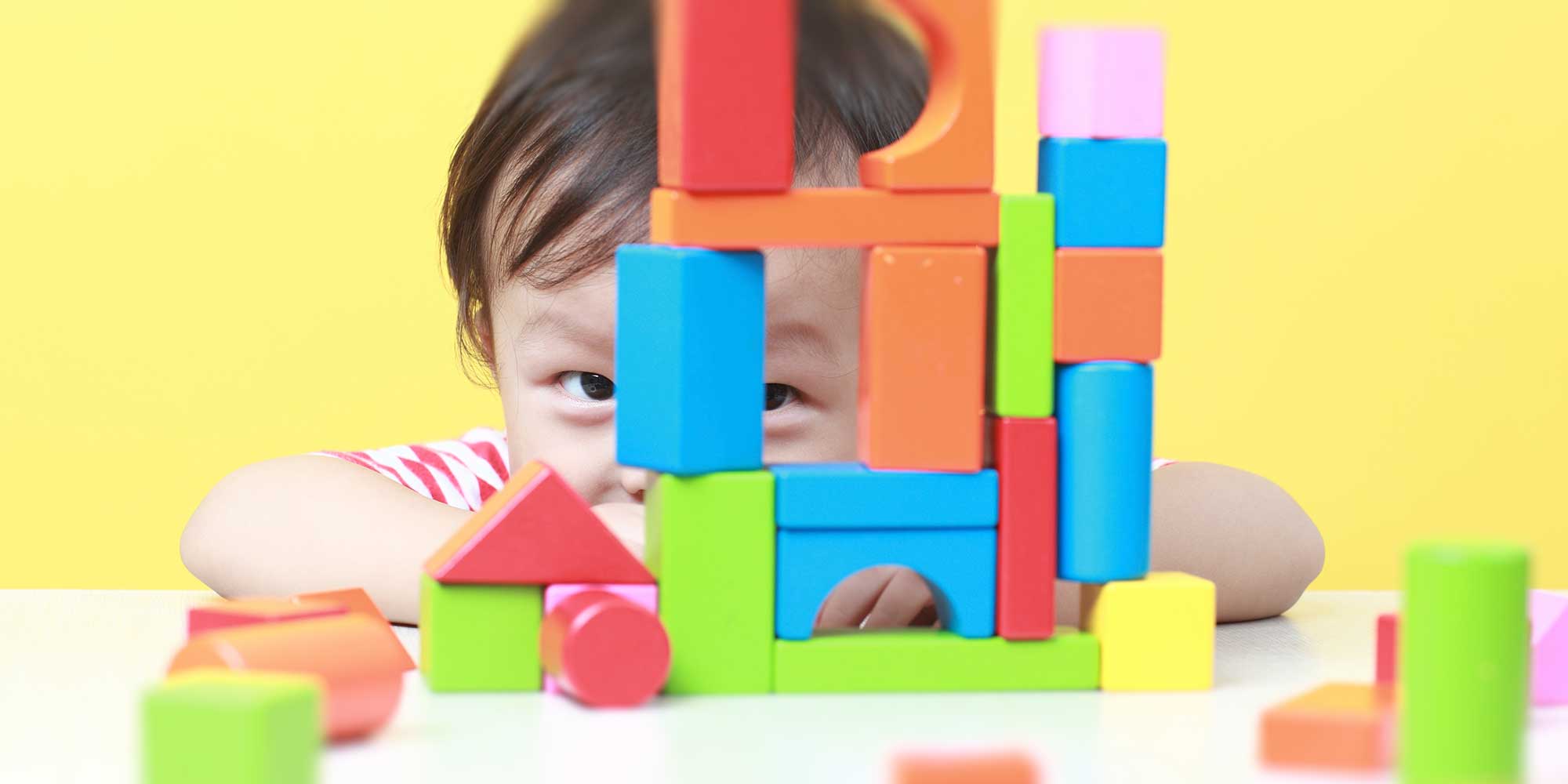 Preschool education is regarded as one of the sunrise industries in China. Since preschool education is not included under China’s compulsory education system, preschool enrolment is entirely up to the discretion of families or parents. The majority of new parents in China were born in the 80s and 90s and received a higher quality of education compared to older generations, affording them a correspondingly different outlook and tendencies in regards to decisions involving schooling.

Although infants are the main consumers of early childhood education services, their parents are the major decision makers. According to research conducted by learning.sohu, parents primarily consider faculty resources, distance to home, and teaching methods when choosing an early childhood education centre. Currently, the majority of early childhood education centres are located either in department stores or near residential areas. Around 51.05% of children take lessons once a week, while 19.74% and 11.45% take lessons twice a week and more than twice a week, respectively. The remaining 17.76% take lessons less than once a week. Foreign brands price one-hour lessons at CNY 150-200, while similar lessons from local brands are priced at CNY 120-160. When presented with the choice of local brands and foreign brands, only around 30% of parents have a preference for the latter. Around 75% of parents have a price tolerance of up to CNY 4,000 for one semester.

China has a population of over 1.3 billion. Each year, there are around 16 million infants born in China, with a birth rate floating around 1.2%. Based on each year’s infant population, as of 2015, there were more than 114.3 million children aged from 0-6 in China, of which there were 66.2 million children aged from 0-3. In October 2015, the Chinese government announced that they would replace the one-child policy with a universal two-child policy, allowing each married couple across the country to have two children. This policy is expected to increase the birth rate and solve the aging population issue. According to experts, the incremental infant population is expected to be around 5 million infants each year after the implementation of the two-child policy. In 2017, the infant population is estimated to reach a peak of 21.7 million. As the main consumers of preschool education, the increasing infant population is a strong indicator of potential growth in the preschool education market.

Source: by UZABASE based on National Bureau of Statistics

In recent years, the surge in the number of private and public kindergartens has relieved China of its undersupply issue. But with more than 220,000 kindergartens across the country, it is difficult to achieve a unified standard in terms of the quality of education. In addition, the kindergarten market in China has low market concentration. Most players operate on a small scale, with usually one kindergarten, and thus lag behind in education quality and management expertise. According to Guolian Securities, the top 5 kindergarten operators operate more than 2,600 kindergartens across the country, but only represented a market share of around 1.26%. Players in the industry should therefore focus on establishing a brand presence and managing affiliates in a systematic fashion in order to improve their performance and boost the overall quality of the market. In 2015, the Standing Committee of the National People’s Congress passed a bill to revise the Education Law of the People’s Republic of China. The revised law states that the country will establish a standard measure for preschool education, which is expected to elevate the quality of education as a whole.

Nevertheless, according to learning.sohu, more than 58% of parents send their children to early education centres so that their children can mix with peers and build up their social skills. As such, although door-to-door early childhood education may offer advantages such as better quality of education and avoidance of travel and lump-sum settlements, it does not administer the same socialisation benefits inherent in the services of traditional providers. Further, the majority of parents only have a need for such services around 1-2 times per week, compared to other O2O services like food delivery, for which customers may utilise as frequently as once per day. In addition, parents looking into one-on-one education services usually expect teachers to have related experience of at least 3-5 years. However, such experienced professionals are less willing to work for O2O companies since they are usually able to find more secure, higher-paying positions in traditional education centres or in kindergartens. Thus, in spite of the large potential market for O2O early childhood education services, the market is unlikely to experience rapid growth due to the low frequency of usage and the difficulty in hiring experienced teaching professionals.

Institutional investors are investing actively in the country’s online preschool education industry, which has been driven by factors such as the rapid development of the internet, 4G network and smartphones. Online education is particularly popular amongst parents who are in their 20s and 30s, as they are more familiar with internet and smartphone services. In 2016 H1, the number of funding cases in online education increased by 25.29% YoY to 109. The total amount of funding was CNY 3.4 billion and preschool education accounted for 7.81%. Some companies were listed on the National Equities Exchange and Quotations (NEEQ), a new Chinese stock market catered for small- and medium-size companies. Such listings open up a way for small- and medium-size preschool education companies to raise funds.

Foreign investors are faced with restrictions on investment in preschool education institutions in China. According to the Catalogue of Industries for Guiding Foreign Investment (2015 revision), jointly published by the National Reform and Development Commission and the Ministry of Commerce of the PRC, foreign investors can only invest in preschool education institutions through joint ventures. In addition, the president or the main administrator must hold Chinese nationality, while no less than one-half of the members on the institution’s trustee council, board of directors, or the joint administrative committee should be Chinese. 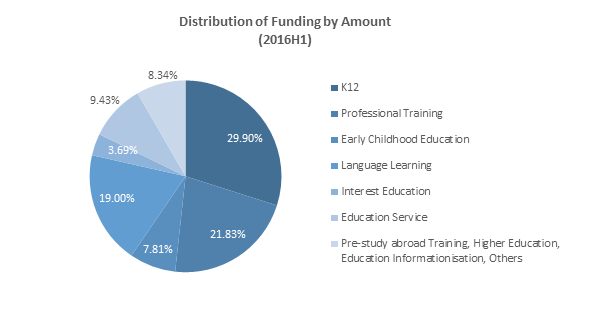 American brand Gymboree Corporation began with the founding of Gymboree Play & Music in 1976, but later the company expanded its business to include apparel and accessories retail for children. Many Chinese players have followed a similar business strategy. For example, RYB Education Institute, one of the largest domestic early childhood education service providers in China, has undergone business expansion and industrial integration over the past few years. The company first established an RYB Learning Centre in 1998, offering parent accompanied early education services. In the following years, the company expanded its business by introducing RYB Kindergarten and Zhudou Parenting. Zhudou Parenting sells early education products and operates a mobile App for early childhood education. The company also established its own teaching research centre and training school for kindergarten teachers. In 2015, the company partnered with maternal and infant e-commerce platform Mia.com, and established a new brand called Chainbest.tv. Chainbest.tv is responsible for displaying maternal and infant products on screens in RYB learning centres. Parents can scan the QR code and purchase the products online, which will be prepared and shipped from Mia.com.

There are nearly 13,000 early childhood education centres in mainland China, around 18% of which are foreign capital funded. One reason for the rapid expansion of early childhood education centres is its franchise business model. Around 70% of early childhood education centres in China utilise the franchise model. Big brands usually start with chain stores and transfer to a franchise model once the brands have gained a strong reputation. The brand/company will then charge an initial fee and annual royalty fee as a certain percentage of total revenue. According to Jiamengfei.com, with the exception for Gymboree, the franchise centres of the other three major brands, namely GYMBABY, MY GYM and Babycare, require first-year inputs and expenses of around CNY 1 million for a centre of 400-500 square metres. Additionally, the CNY 1 million investment is likely to be paid back within 1-2 years, which can be fairly attractive to investors. In addition to foreign brands, many local brands in China also apply foreign teaching methods as a selling point for their services. This is because foreign teaching methods, especially those from the US, are largely held in high regard by those parents born in the 80s and 90s. Such methods place value on children’s creativity, teamwork and character building over their ability to excel in standardised testing. For instance, GYMBABY leveraged western educational theory and teaching methods as a reference point to develop its own training lessons, and received extensive attention from the industry for its innovative approach.  Meanwhile, a number of Chinese players, either in related or non-related businesses, are also seeking to enter the early education market. In 2014, Zhejiang Semir Garment, a Chinese local apparel company, acquired a 70% stake in Yuhan (Shanghai) Information Technology (provider of brands FasTracKids and FasTrack English) from Everlearn International Group with a deal value of CNY 102 million. In June 2016, Gymboree Corporation sold its Play & Music business (i.e. early childhood education services) to ZEAVION Holdings, a Singaporean education services company established by a Chinese entrepreneur. With more and more large enterprises entering the industry, the early childhood education sector is expected to develop rapidly, and competition will likely intensify.

The preschool education industry presents a huge potential market in China due to the country’s large infant population, parents’ increasing focus on education, rising household disposable incomes, and the subsequent growth in education expenditure. Although the preschool education industry in China is slightly lagging compared to other countries, the industry is now expanding aggressively with more and more large enterprises and capital flowing into the market, leading to intensified competition. In future, the Chinese government is expected to announce rules to officially regulate the market. However, at the current stage of the industry’s development, players must self-regulate to ensure the quality of education provided and increase their competency in order to survive.